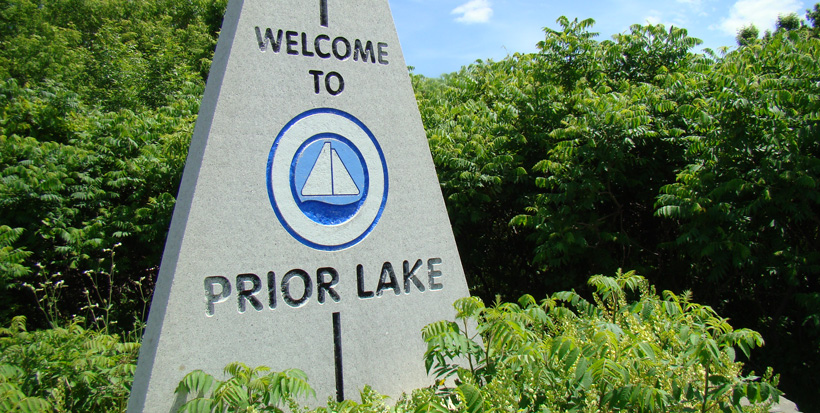 Prior Lake, originally a resort community, evolved from a rural town of 1,000 people to a still developing suburb of 23,261. By 2020, the community is projected to grow to a population of 36,761. Prior Lake is the place to be for business and families, and dynamic changes and improvements continue to take place.

Native Americans were the first inhabitants of the area known as Prior Lake. Evidence of their very early culture has been found in burial mounds, hawk effigies and arrowhead and spear-point chippings. Two groups of the Dakota people later hunted and fished in the area although their permanent settlements were in the Minnesota River Valley.

Initial white settlement in the Prior Lake area was begun in the 1850s in anticipation of a railroad. In fact, the city's name was taken from Charles A. Prior who worked for the Chicago, Milwaukee & St. Paul Railroad and who owned land in the region.

Although the railroad allowed for agriculture-related development (i.e. a grist mill, general store, wheat storehouse, blacksmith), it lead directly to the establishment of Prior Lake as a resort community. During the 1880s and 1890s, the Grainwood Hotel drew guests from all over the United States.

The "village" of Prior Lake was incorporated in 1891 as a result of increasing population. In 1930, the Grainwood Hotel burned and was not rebuilt, but the resort area identity continued through the 1930s and 1940s. During these years, many Minneapolis and St. Paul residents built and maintained summer cottages around the lake, in addition to a steadily growing number of permanent residents and businesses. It was not until the 1960s, however, that Prior Lake began to experience significant growths.